International troups leave behind deadly souvenirs while retreating war zones. Many millions of landmines spread out over many hundred square kilometers of land still kill and maim hundreds of people every year. Massoud Hassani is an Afghan-Dutch designer that personally comes into action to tackle this worldwide problem. It is his personal mission to make the world landmine free: “Every destroyed landmine means one saved life, and every life counts. All over the world.” 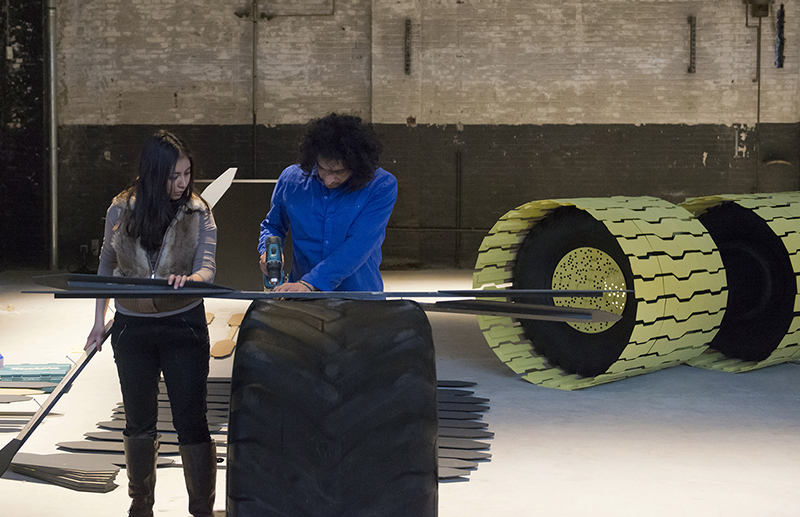 Within Kazerne Lab, professional creatives work cross-over with other (economic) sectors to develop products, insights, and incentives for topical issues. With their fresh perspective and outlook, they provide current social, cultural and economic issues with inspiration, new perspectives, and answers. That may sound rather pompous, but it is, in fact, an extremely practical process.

The Lab is not a physical workplace but a project that is worked on within the heads and studios of the participating designers.

The social design Lab explores the open question of how designers can contribute to a more liveable world of tomorrow.

With his graduation project Mine Kafon from Design Academy Eindhoven, he took the first step: a minesweeper that is pushed by the wind. The idea for the design originated from selfmade rolling toys.

“I grew up in Qasaba, Kabul. A place surrounded by mountains. My family moved there when I was 5, and at the time there were several wars going on. My brother Mahmud and I played every day on the fields in our neighbourhood. We had little money or possessions, so we made our own toys. One of my favourites was a small rolling object that was powered by the wind, like tumbleweed. We used to race them against the other kids on the open fields. There was always a strong wind blowing towards the mountains. I noticed that our toys often rolled too fast and too far, and they would end up in areas where we couldn’t go to get them because of landmines. I still remember watching them go beyond where we could go. That gave me an idea.”

For Kazerne Lab, Massoud developed a DIY Mine Kafon manual, with which locals in problem areas can build their on minesweeper from locally found waste materials. Within this cross-over project he worked together with developed Mark Brand and a team of international interns. Together, they developed an open source platform, on which problem areas can be marked: a mapping syste that follows where the minesweeper has been by using GPS Track & Trace. GPS stands for Global Positioning system, that can determine the exact location worldwide via satellites. The landmine free location can then be published on the internet platform.

The manual is available for download via minekafon.org. Here you’ll find the platform and the GPS for sale soon. A part of the lab project forms the foundation for the next step: a drone that finds and detonates landmines via Track & Trace. Not only on flat areas, but also in the mountains.

Massoud Hassani was a key figure in the Kazerne expo OPEN WORLD, from February till June 2015. Besides the DIY Mine Kafon, he presented his toys, research materials and an overview of the successes of the project up until that moment. The exhibition was also on show during Dutch Technology Week in the end of May. During this week, extra tours were given, as well as a workshop for kids. 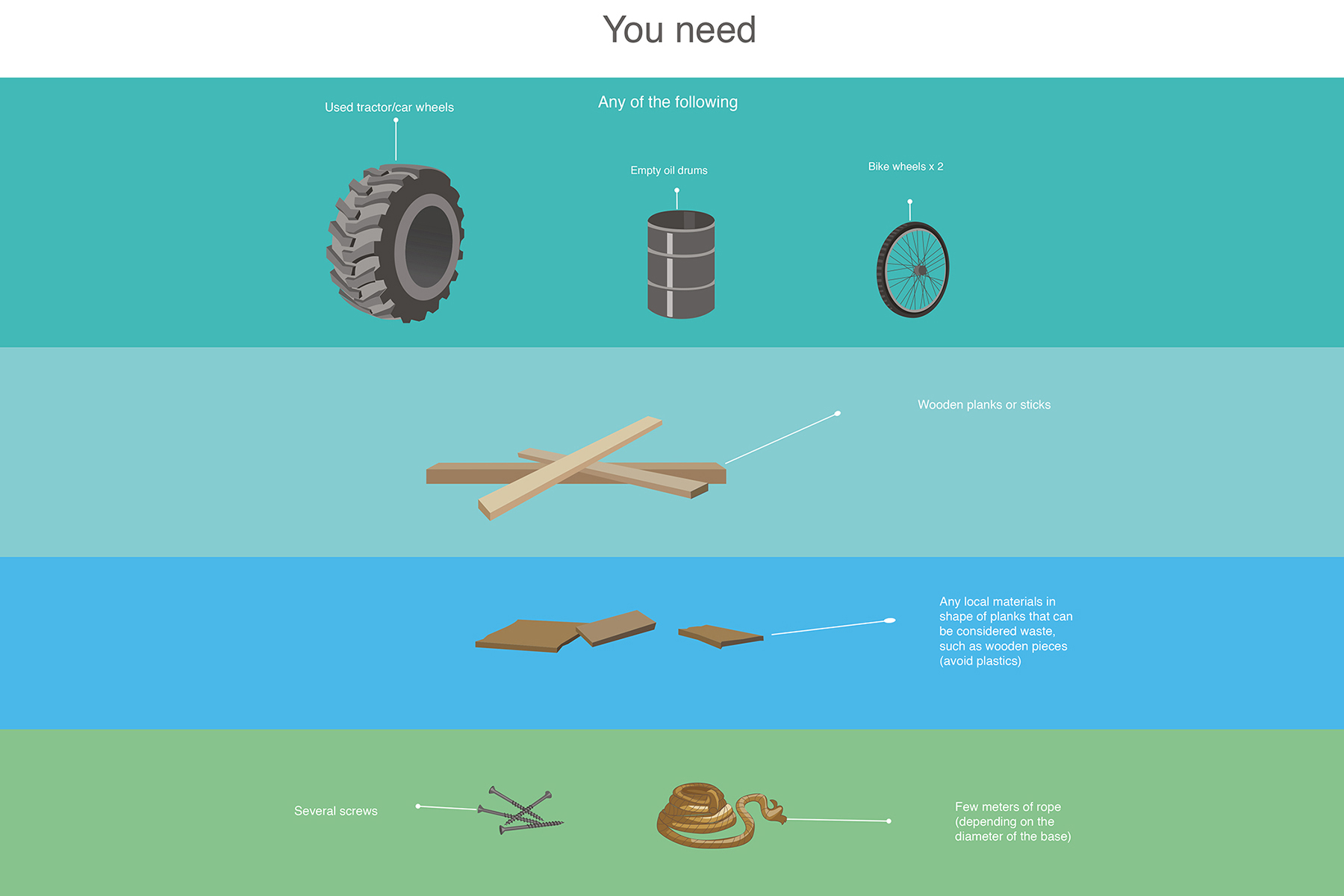 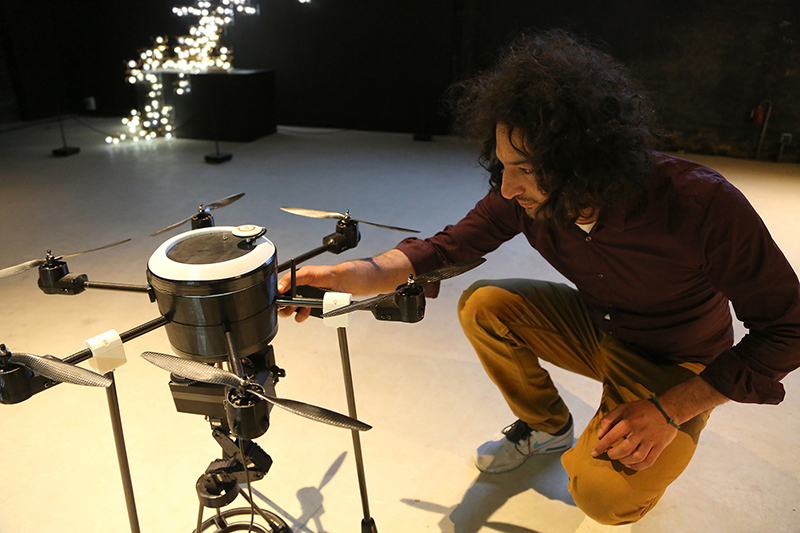 Thanks to the support of the DOEN Foundation, artists, designers and other creatives will be working on crossover initiatives to discover new solutions for societal issues. Taking a fresh look from a different angle, they will approach current social, cultural and economic issues with the inspiration and new perspectives required to find innovative solutions. This may sound rather high-flown, but it is in fact an extremely practical process.